My earliest days as an artist

I never imagined I would some day write my biography as an artist. That is never what I told myself I was. But here goes anyway. At 2 or 3 I did the usual messy kid painting stuff. I can remember my mother telling me “No, NO, that’s not the right way to do it.” That command helped me decide to do just what I like - and not allow myself to get ground down. My grandmother was an oil painter and introduced me to easels and Grumbacher tubes of paint when I was perhaps 4. I got a “Paint By The Numbers” set for Christmas around age 5. I did not really follow the numbers, and the results were strange. I got my first camera when I was 7 or so, a hand-me-down square Kodak box, made of thin laminated wood with peeling black imitation leather glued to the sides. The shutter made a fierce sound when the lever on the side was pulled down. A year or two later I was given a new modern-shaped Bakelite Kodak camera for Christmas. The first picture I made with this camera, I clearly remember, was of ducks on the ice in a pond in Palmer Park, Detroit, How beautiful it was and how excited I was! And how dearly would I like now to discover that picture among my ancient junk.

I got into oil painting as a serious hobby in the early 50s, going out on painting expeditions with my wife on week ends. Doing fall landscapes taught me a lot about colors. I was amazed by the number of shades of greens and browns. I took a life drawing class at a local museum. I remember how turned off I was to walk through stark white museum hallways with immense paintings on them, each one 10 feet on a side all off-white except for a small light grey square somewhere. I remember thinking “If this is what modern art is about, it is not for me. It is sheer bullshit.” Later I got also into pastels and magic markers.

I did art for about five years, until the Harvard Graduate School sucked up all my time. I still have most of my works in the bowels of my attic. They are in various styles, including some abstract pieces I called “Giulianoinskis.”

Got myself a tiny Minox spy camera in the early 60s and sneaked a lot of tiny blurry pictures with it. Of all kinds of people situations, mostly.

Photographic multi-media in the 60s

I dipped seriously in the direction of photographic-based art in the late 60s, when I was a founding Dean of a Graduate School at the State University of New York at Buffalo. 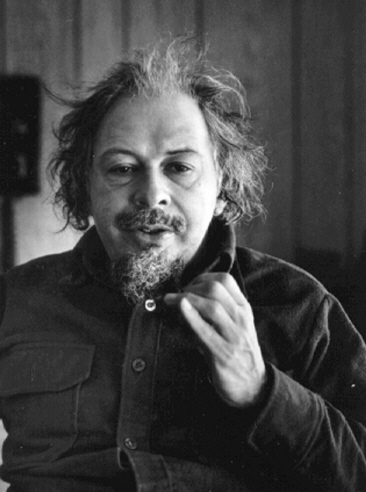 Multi-media was a major area of concentration in my school, and I taught a number of courses and seminars in this area. I also supervised Master's theses in mixed media. Taking advantage of a budget windfall, I was able to acquire bunches of audio-visual equipment including a quality SLR camera and an immense supply of film. With my then-wife and two graduate students (Melody Winnig being one of them), I started taking thousands of color slide pictures and shooting 16mm film. We put these together into multi-media light shows presentations which we showed throughout New York State and in Canada and California. Quite a process. It involved a lot of image collaging, done optically at show-time. We used four slide projectors, two 16 mm projectors, some Super-8s and color gels, a crude synchronizer and a big paddle image interrupter wheel. All images were projected onto six sewn-together jumbo bed sheets with heavy rock sound, the shows interspersed with human “encounter” experiences.

I continue to use some of those 60s slide images today as the basis of Art KOU KOU pieces. It was great learning. One of my media shows consisted entirely of images of my then-wife Lil, nude with pictures projected on her nude body. Making that show helped me realize that I did not see her for who she was, but only for the images I was mentally projecting on her. At the time I also had an OG-Chrome outfit, a crude chemical-xerographic darkroom setup in my basement that allowed me to do large-format weird-looking off-color photo prints. These were my pre- Art KOU KOU dabblings.

I got into midi-based electronic music in the late 1980's. I created a number of original pieces over a half-dozen years. My setup included a couple of 88-key Yamaha electronic pianos and a rack of synthesizer boxes, multi-track tape recorders, MIDI router boxes and what-have-you, all computer-driven using early versions of CAKEWALK software. But, but lacking musical training I did not regard myself to be a serious musician. When I started doing Art KOU KOU, the electronic music temporarily went by the boards. I have started to experiment with it again in the last few years, however, this time using wave superposition technology (e.g. Sonic Acid software). What motivates me is a desire to create matching music-like soundscapes for my online and DVD art presentations. A number of the galleries on this site offer such soundscapes. My latest gallery, Places That Never, features music soundscapes especially created to reflect the moods of the art images they go with.

I started doing Art KOU KOU in the very early 90s - though did not call it that at the time. Being among the first to use computers for everything in my life, I acquired one of the first photo-editor programs and the first release of KAI’s Power Tools and some fractal-generator programs. Late at night, after a long day of straight work on my consulting projects, I started making art out of photographs. My main source of pictures was the Internet, drawing on sexy or porno images which were in plentiful supply. My resulting art was non-pornographic, often abstract with hints of nudes or bodies showing through. As the 90s marched on, I continued to upgrade my computers, image software, and most-importantly, my artistic skills. I was shy to share my art, however, sheepish because of the source material from which it was made. I thought of making the pictures more as indulging in a mild and idiosyncratic form of lewdness than as artistic expression.

By about 2000, I had accumulated 600 or so Art KOU KOU pieces on my hard disk. At that time, I had a first breakthrough. I decided to share the art I had made so far. I put up some 120 pieces on a web site using a pseudonym for the artist’s name. I have told friends about this web site, but I refrained from listing it on any search engines. I also made a 15 minute fast-moving video out of the art.

About this time, I also was ready to move to using my own photographs as the basis for my Art KOU KOU. Most of my work since then has been KOU KOU based on photos of people, landscapes, still life, pop culture, Americana, war and the International situation.

With the aid of a quality digital camera, a print scanner and a slide-scanner, Melody Winnig and I have build up a digital library of thousands of our original photographs. Part of this comes from the 100 or so digital pictures I take every week just in the course of living, and part from starting to mine our immense historical collections. I still have the 1960s and 1970s slide shows preserved in carousel trays in my attic, along with two file cabinets jammed with color slides taken during this period. Other than for pesky dust that shows up on scans, the picture quality of the slides remains excellent.

Over the years from the 50s through the 90s, my wife Melody and I have filled up another file cabinet with color-film prints and negatives. Our business carried us to the Near-East, to Europe and often to Latin America, and the images have come from many places. Another source of images has been my original video. Over the years I have shot dozens of cassettes of video, on High-8 and more recently on DV. Video frames offer capture of just the right scene in a changing sequence of action. Selected video frames may not be good enough to generate glossy prints, but they are of good enough quality to make interesting Art KOU KOU.

In early 2003 I also generated the first draft of the Art KOU KOU Manifesto. The art in my galleries speaks for itself.

On to 3-dimensional art

Something is refusing to let me settle into a stable art style. In February 2003 I acquired the Bryce 5 software package. My idea was simply to be able to generate natural-looking scenery as backgrounds for my Art KOU KOU pieces. I soon found I had gone through a door and was in a completely different world of art, the strange and exotic world of 3-d modeling. I have explored only a little bit of that world but want to do much more. My excitement about 3-d led me to write a short essay 3-d Modeling for 2-d artists.

I am very interested in exploring new ways of getting my art out for people to see besides exposure of static art on the web and through conventional art "hangings." This has led me to create multi-media web art galleries, eight of them as of now in April 2005 2004. These are available via the carousel display on my art home page. The DVD medium also seems to offer exciting possibilities for distributing art. I believe it calls for presentations more dynamic than simple slide shows. So, I have been getting into dynamic multi-media and interactive art presentations on both the web and on DVDs. I have compiled an experimental DVD containing more than 1000 of my and Melody's art images. Our works look great in large format when viewed on a big TV or projection screen. The DVD can be played like a film showing sequenced images organized by themes and set to music. And the presentation can be paused to allow inspection of any individual art work. I invite you to contact me if you might be interested in using this DVD as the basis of an art installation.

Besides being an artist, I am still active in my most-recent professional carrer, as Principal of The Electronic Publishing Group (EPG) since 1993. . In this capacity as an international media consultant I have traveled abroad widely - often making more than a dozen trips a year. You can check out EPG and my work there at the EPG website.

My earlier career has included managing the new technology group at Arthur D. Little, a major international consulting company, playing key consulting roles in the founding and expansion of Internet, being the founding Dean of a graduate school at the State University of New York and a tenure professor there, and being the Chief Scientist and Senior Vice President of Mirror Systems, a software company. I completed one of the first Ph.D. degrees from Harvard in computer science, have published over 120 articles and books, and have been listed in Who's Who in America and Who's Who in the World.

The other art parts of my life? I love doing improvisational theatre too. It’s the counterpart of Art KOU KOU in the performing arts. And from time to time I create other stuff, like video and this web site. Also, I have created some of the electronic music in my multi-media art galleries. The bottom line for me however, is that just living is the highest art form. 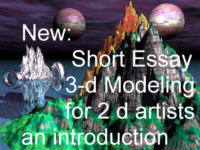 Please write me about your reactions to my Art KOU KOU at vegiuliano@comcast.net

This site is best viewed using Internet Explorer with screen resolution set to 600 by 800.